A Story workshop with plenty of happy beginnings … 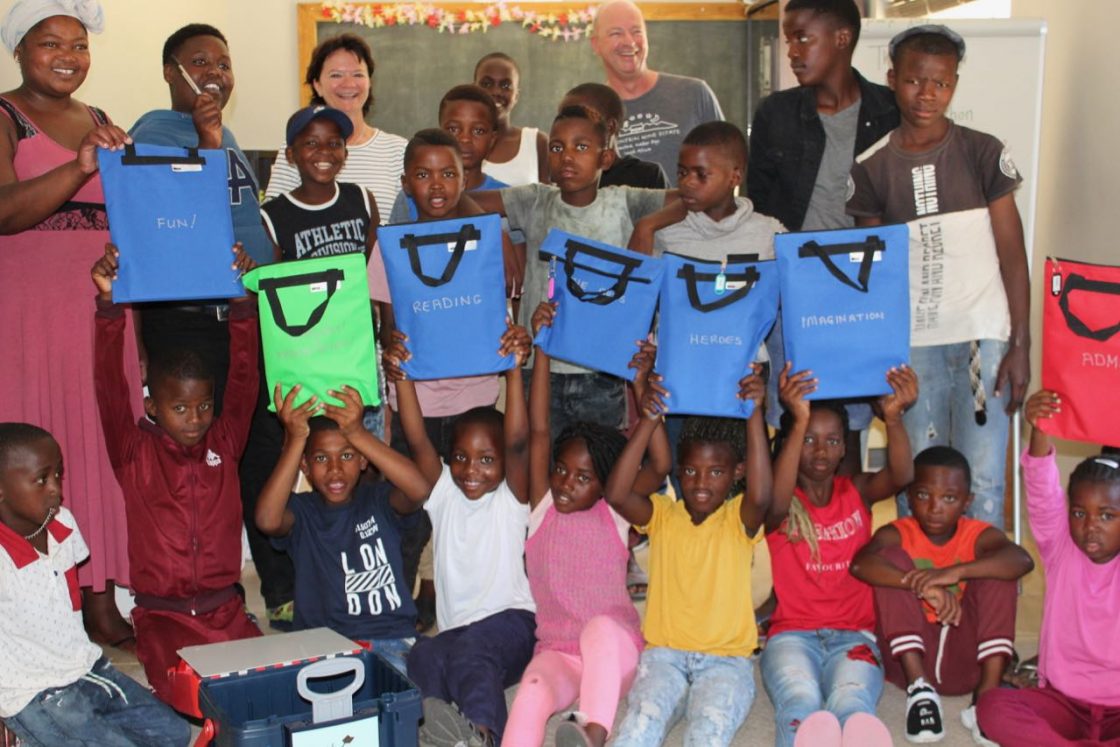 CBN was privileged to welcome Nina and Michael Grimm, from Rottweil, to a workshop on 3 January 2019.

The title of the workshop was ‘Once upon a time’, and this was a story that had a happy beginning, middle and end. Our guests arrived laden with gifts and a wave of warmth and good cheer that the children responded to avidly.

We began what will be a series of workshops dealing with the theme of story – from earliest beginnings to the present. We started with a story that is featured on this website – The Milk Star Stories.

In some ways, this story was the beginning of the idea that developed into CBN, first heard by Lesley in Stockholm where Said Ahmed spoke with great passion about the need to bring books to children, particularly in his own country, Somalia.

We read from Anthony Brown’s book, ‘Into the woods,’ where the old stories take a surprising twist with real meaning for the children we work with. After various activities such as making a story monster by folding strips of paper in three and passing them around, the CBN reading game and group writing where six boys continued the story of a boy who went (against all the rules) into a forest on his own.

Then we had a specially written story with a description of how stories in Europe and elsewhere were collected by people interested to save them for children (and scholars) everywhere.

The giving of gifts
Our own, personal, Grimms then donated gifts of stationery that will keep our children equipped for more than just this year. They announced the beginning of a special project to raise funding for CBN (separate article) and they facilitated the handing over of a donation to be used in our toolbox project.

With friends like these, we can do ANYTHING! On behalf of the children of CBN and the team who make it happen, thank you very much Nina and Michael – and your friends in Rottweil.

Image: The CBN children and facilitators and Nina and Michael Grimm at the story workshop.

Our visitors were introduced to CBN by board member Hildegard Witbooi when she and winemaker husband Tariro Masayiti visited Rottweil as part of a marketing tour for Springfontein Wine Estate near Stanford. Hildegard is Head of Agriculture, Horticulture & Viticulture at the estate and Tariro is the winemaker and COO. The CEO and founder of Springfontein, Dr Johst Weber has also shown interest and kindness towards CBN. We look forward to working closely with all of these wonderful people in the future.