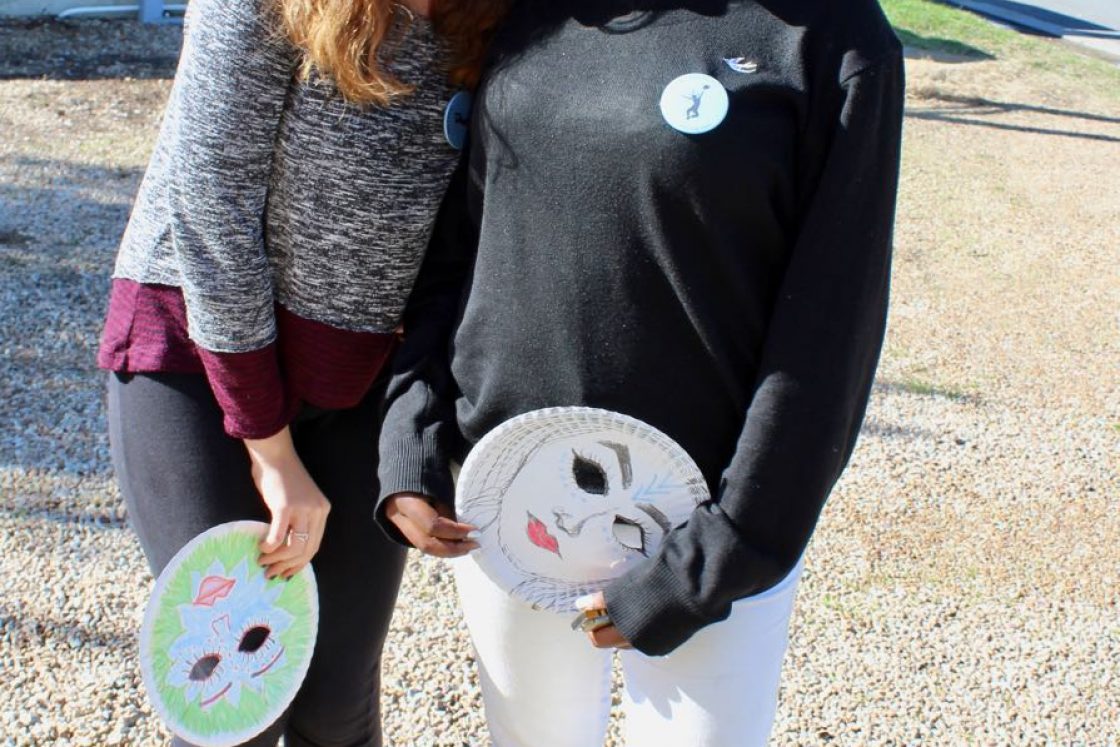 The following short address was made at the awarding of the Social Responsibility Awards at Hermanus High School in October 2018 by Lesley Beake.

One of the first human activities was – had to be – sharing. That also included giving. If you want to live in a hostile environment, you have to cooperate, you have to work together – and perhaps most of all, you have to have friends. Otherwise you will not survive.

It’s easy to think of a desert or an ice-plain as hostile, to imagine early people forming a collecting party to find sustenance from the veld, putting together a hunting unit to bring down a mammoth. It is quite possible to imagine them walking along a shoreline collecting mussels, looking out for a washed-up whale or seal, working together to harvest what they found in their environment.

If you use your imagination, you can see such early people comforting one another after a loss, cheering each other through illness, helping those who could not keep up with the group – and passing on their knowledge to the next generation.

Perhaps we have to reassess our own landscapes of life and admit just how hostile they are too. Personally, I don’t believe humans have ever – in all their thousands upon thousands of years on this planet – faced such challenges as your generation does now. Never.

The thing that I do – and there are days and middle-of-the-nights when I despair that it will never be enough – is to work with children who can technically read – they learned it in their first three or four years at school (and it was not easy) – but now they don’t read.

Reading, for me, is fundamental to my existence. Even if you don’t like books much, you won’t get far if you can’t read the text message inviting you to a job interview. If you can’t research information on the Internet. You won’t be as happy if you can’t read about your favourite singer, soccer player … if you can’t communicate.

If you DO like books, you have the wings to fly absolutely anywhere – and anywhere includes flying into the realms of fantasy and imagination that shows no signs of abating in lists of recently published books. They are popular for a reason. Humans need to escape from the world of politics and poverty. They need those wings. The sad part is that many of our children are not putting them on. The wings are there and the basic flying skills. They look the other way because nobody encourages them – and often there are no books that interest and excite them enough.

Children’s Book Network tries to change something in some children’s lives – and we hope to create systems to reach more and more of them.

Firstly Children. We work with children who are under-resourced, who don’t have ‘stuff’, who don’t see their heroes reading, who don’t learn to love books. They are between the ages of 9 and 12 – an age group that receives very little attention from other organizations.

Secondly Books. There are a million books to choose from and finding the right one for the right children is a trick, but not a difficult one. We choose themes, identify titles that work, read from the more difficult of those and hand out a choice of books at the correct language level for the children to read themselves. (We also paint, dance, write poetry, create songs, sing them, write stories, play the CBN reading game … a hundred things can happen in one of our workshops … and do.)

Thirdly Network: I tell our CBN children that network means friends, and it does to us. To hold the attention of … well, it used to be 25, but now it is closer to 60 children at a weekend, or holiday, workshop needs people. So does the advance planning, the writing and recording, the photography, the social media …

During 2018, CBN was able to expand our work as a direct result of intervention by Hermanus High School volunteers. They came willingly. They came to work hard. They came to help us. They came to give. They made a difference. I am very proud of them. We call them The Teen Team.

Next year, we hope the Teen Team will be back, recreated from new friends who want to DO something. It works. Working together and giving together always does.

The short film clip you have just seen was of music by Eric Whiteacre – who wrote and conducted the music. A choir of over five thousand singers recorded their contributions in different locations all over the world. It has been watched by over six million people. Each of the buildings represents a country. Each of the windows is a screen. Each of the screens is a singer in the virtual choir … singing together.

Our thanks to:
National Lotteries Commission for funding our organization’s operational costs
Butterfly Centre for allowing us to use their school out of school hours.
The Paddy and Sue Kell Family Trust for funding our workshops and toolboxes.