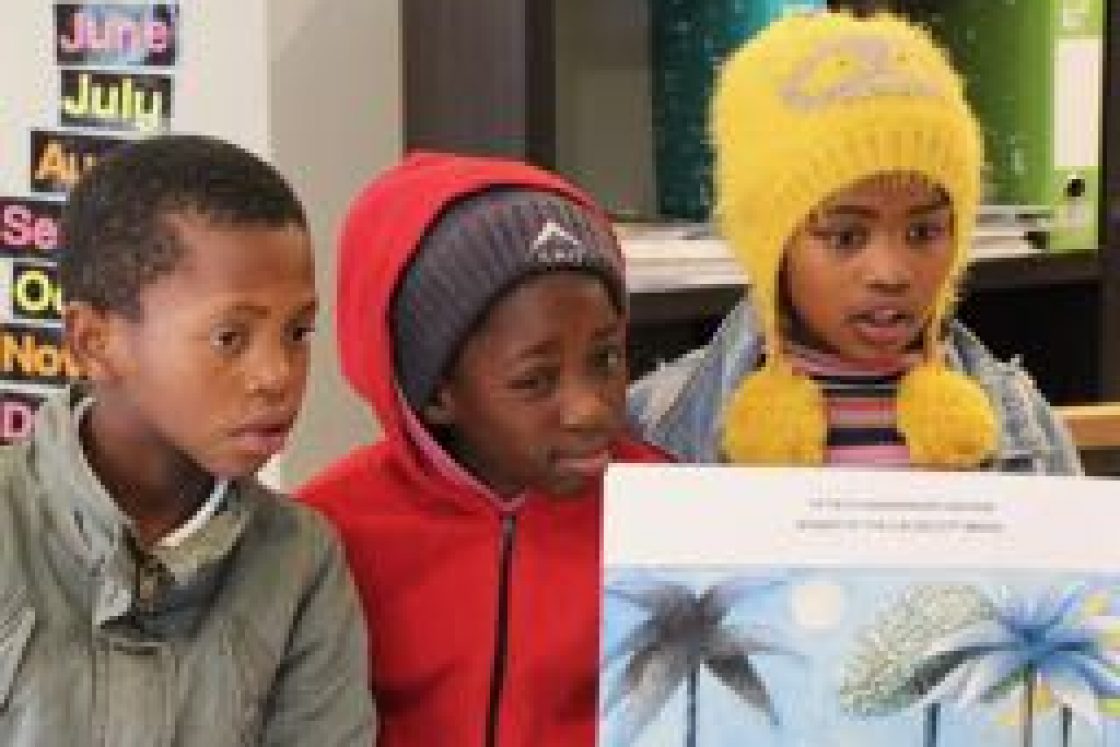 We have always believed – and said publicly – that CBN must stick to what it does. That is to work with children of 10,11 and 12 who can read, but don’t. Children who come from book-deprived backgrounds who are hungry, really hungry, for the power of imagination that books can bring.

But what to do with the gang of smaller children, the eight and nine-year-olds who want to join us? They are quite adamant that they ‘want CBN too’ and they just keep turning up. Would we really – seriously – turn them away?

It’s a no-brainer. Here are children who have learned by the example of their older siblings and friends that books are a good idea. They want to be mini-reading heroes.

Their interests are different and their language levels too, but they form a determined little group during workshops and insist that yes, they understand every word. They don’t, in fact, but they understand more English than we expect. We work initially with all the children with picture books, which helps. During the winter workshops, Lesley experimented with some ideas that we can take forward. One of the books she tried was Maurice Sendak’s Where the Wild Things are. Just look … just LOOK at the photograph.

The logistical problems of hosting two groups (two, because we are fully subscribed for the workshops for older children), can be overcome. The facilitators come from our Teen Team of volunteer teenagers. We will find an isiXhosa helper and translator. It shall be done. Come October, there will be Little CBN!

For more on the Teen Team, see: https://www.childrensbook.co.za/news/2018/08/20/teen-team
Photograph taken by Nyasha Makwarimba

Note: Little CBN will not be as action-packed as the workshops for older children – or as long. We visualize an hour for them and going home (with their carer / translator) after stories, discussion, art activities and maybe some craft. They will probably join in with the welcome and ice-breaking games and have lunch before they go home.

Our thanks to:
National Lotteries Commission for funding our organization’s operational costs
The Paddy and Sue Kell Family Trust for funding our workshops and Toolboxes this year
Butterfly Centre for allowing us to use their school out of school hours.