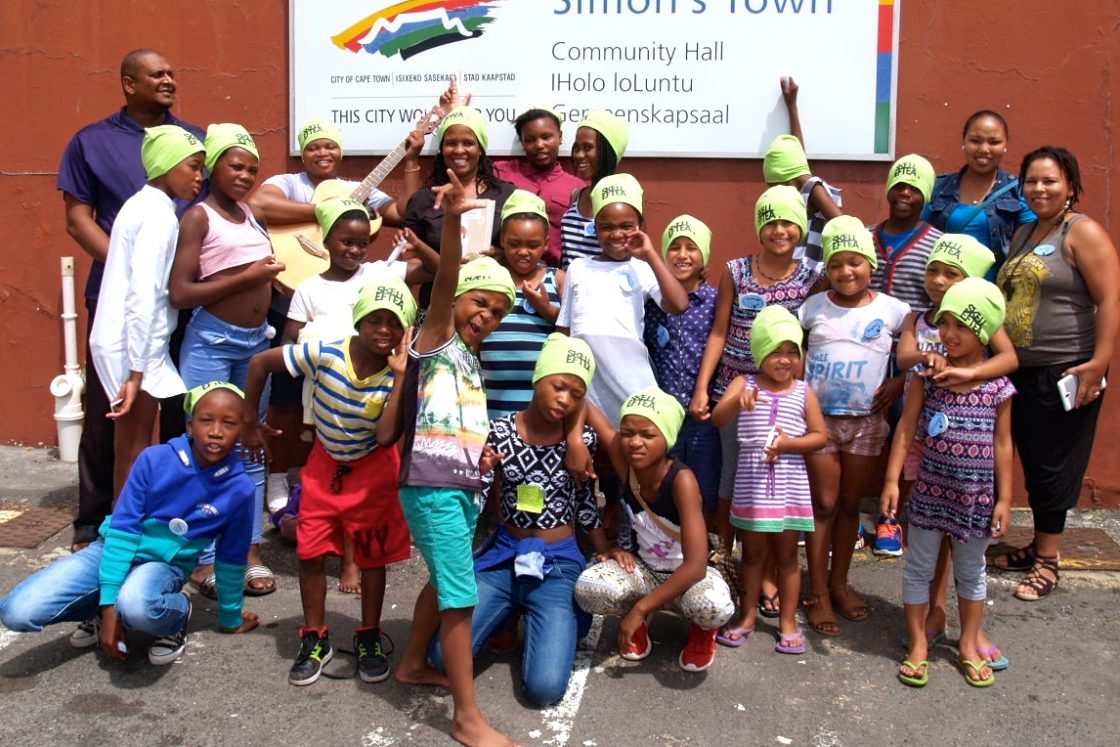 On Saturday 13th February, 24 children (twenty-five including a baby on someone’s back!), and ten adults converged on Simon’s Town Library for a story carnival that lasted most of the day.

The aim was – as always – to promote reading, and a great deal of reading was done before lunch, quietly spread out on the carpet in the small hall. There was also writing, thinking, drumming, dancing, discussing, singing, watching, noticing, listening and, maybe most of all, enjoying.

This group of children covered a wide range of ages, which makes more formal exercises difficult, so we kept them together as a single group. (We even had two who were too young to read yet, but who participated with enormous enthusiasm and were read to during the reading break.)

It was particularly heartening to see the strong support from the Red Hill community. Buyiswa Ponti, as always, loyally rounded up the participants and brought her friends Ethel and Lisa as helpers. Denzil Jehoma, who lives nearby in Ocean View, was responsible for transport and (very good) snacks and lunches, ably assisted by a young colleague, Carmen Solomons. He also joined the group for many of the activities. We are hoping that, with support from CBN, this group could carry on the good work themselves.

The theme of the workshop was Dreams and Possibilities and we began by reading Tamlyn Young’s delightful book The Possibilitree, published by Bumble Books in 2015. The children enjoyed the story – and got the point. We all need stories, and we all have stories to tell. When we lose our stories, we have lost everything.

Storyteller Marlene Winberg and her daughter Lily told stories in their own way – Lily through a song she had written herself (deeply impressing the children that she was still at school and could do such a thing). Marlene told a San legend with her customary grace.

Musicians Anele Mhlahlo and Dirkie van Staden, who perform as a duo called Ubun2Flavor, really rocked the children with stories and Spanish, Irish and Romany music, but had them instantly on their feet and dancing with ‘The Lion Speaks Tonight’ and Kwaito numbers.

Professional singer-songwriter-poet Blaq Pearl led the writing activities and sang unaccompanied – moving and surprising her audience – before coaxing their career hopes out of them (everything from domestic worker to archaeologist, with President of South Africa thrown in for good measure), and the children built a Possibilitree of their own with green Post-its.

Everybody went home with gifts of caps, socks, toothbrushes, crayons and colouring-in books donated by the City of Skellefteä in northern Sweden and each child took home a book donated by Book Dash (all in a zip-loc bag for reasons of keeping everything safe). They also took their personal green Post-It dream for the future to store and keep – and hopefully their own stories in their hearts.

It was a complete blast. We will do it again later in the year.

Thank you to Anne-Marie Losman who took many photographs

For more information on the The Possibilitree, go to www.printmatters.co.za Donated copies of the book were left in the community library at Red Hill.

Thank you to Book Dash for the donated books. http://bookdash.org/

Thank you to all facilitators, particularly volunteers who gave their Saturday morning to this project.

Thank you to the City of Skellefteä for the gifts and to the four Skellefteä Rotary Clubs who, with Cape to Cape have provided funding for several workshops during the forthcoming year. www.capetocape.org

Thank you to Denzil Jehoma, who always reassures us before workshops that yes, there really are children on the way – and then brings them.

Thank you to the librarian of Simon’s Town Library, Lucia Marais who firmly supports CBN activities, and for the use of the library hall.