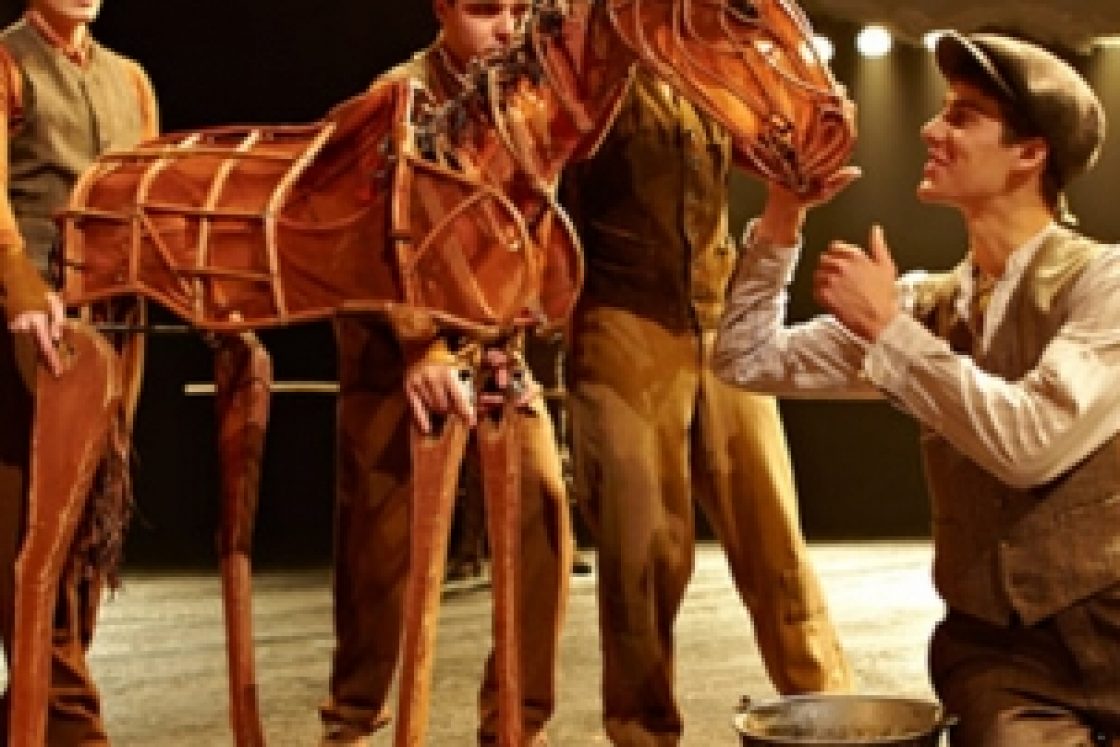 ASSITEJ South Africa, part of an international organization that brings theatre to children, has invited CBN to bring ten teenagers from Red Hill informal settlement to attend a workshop on the play and then a performance at the Artscape Theatre in Cape Town on 5th December at 2.00 pm.

This very exciting opportunity will be something really special for the children who attend. CBN will be working with community facilitator Buyiswa Ponti to identify the children who will attend and will give a short workshop at Red Hill in advance of the ASSITEJ workshop at their premises in Vrygrond. Costs will be covered by ASSITEJ, except for the cost of transport and lunch for the trip to the Artscape Theatre in Central Cape Town.

CBN has long been in contact with ASSITEJ and have spoken of working together before. We hope this is the beginning of a long and successful association.

WAR HORSE, The National Theatre’s epic production, based on the beloved novel by Michael Morpurgo, is a powerfully moving and imaginative drama, filled with stirring music and magnificent artistry. South Africa’s Handspring Puppet Company brings breathing, galloping, full-scale horses to life on the stage — their flanks, hides and sinews built of steel, leather and aircraft cables.

WAR HORSE travels from the verdant English countryside to the fields of France and Germany at the outbreak of World War I. A boy’s beloved horse has been sold to the cavalry and shipped to France. Caught up in enemy fire, the horse serves on both sides of the war, and survives an odyssey that leaves him alone in no-man’s land. The boy, now a young man, cannot forget his horse, and embarks on a treacherous mission to find him and bring him home.

WAR HORSE premiered at the National Theatre in November 2007. After two sold-out runs, it moved to London’s West End in March 2009 where it continues to play to capacity houses at the New London Theatre. South Africa now gets their turn to experience the emotional journey that has charged through the battlefields of history straight to hearts of audiences around the world.

About the production and booking:
http://www.warhorsesa.co.za/