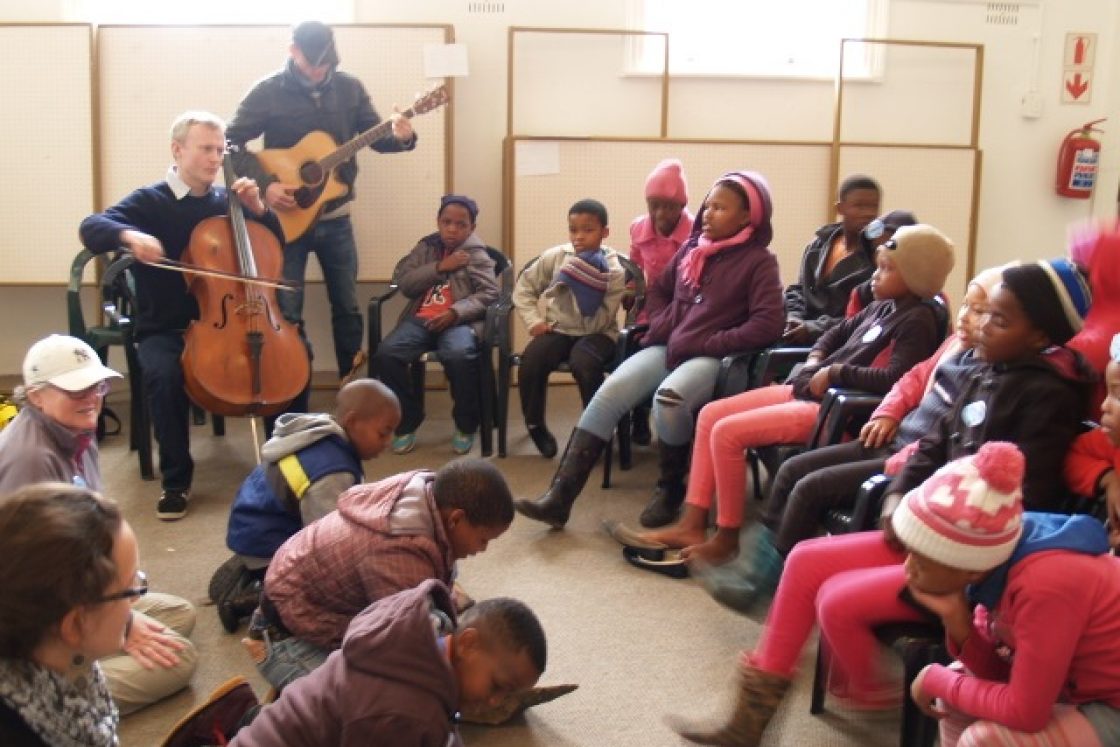 Children’s Book Network (CBN) has been working on a project with UCT Department of Archaeology, Clanwilliam Living Landscape Project and others to create music using rock gongs (ringing rocks) from the Karoo. We have brought some of the rocks to Clanwilliam and some smaller gongs were taken to the winter workshop given for children from Red Hill informal settlement near Cape Town. At two workshops in the school holidays we tested both the sound of the gongs and the ability of children to make music with the gongs. They played with violin and guitar accompaniment in Clanwilliam and with cello and guitar improvisation in the Red Hill workshop.

The results were quite amazing. Children instantly began to make music with the gongs, working in small groups to create interesting rhythms. We worked with the same children on clapping patterns, humming and basic chords. They also spontaneously began to use language clicks (as in San languages and also isiXhosa, which many of them speak.)

The specific interest of CBN, in this project, is to create music for children to make together. As one of our founders, author and playwright Sindiwe Magona, has pointed out: ‘Our children have no song that they all can sing; no common musical culture.’ The national anthem aside, and maybe a sporting song or two, this is true. We would like to create an anthem for South Africa’s children using some of the most ancient musical technology (rock gongs) and some of the most modern (iPads). We will be developing this project further in the spring school holidays at the beginning of October.

This is a call for compositions. A call for submissions to write such a piece of music, incorporating rock gongs and children clapping, humming, clicking, whistling and singing basic chords together (other instruments will also be included). The second ‘verse’ of the music could include words, which could be translated into all South Africa’s official languages. To see the larger rock gongs, at Clanwilliam Living Landscape Project in Clanwilliam, please go to:

Applications should include:
• A CV and outline of previous work
• An idea for the anthem to be composed
• Suggestions about the next stage of the process
• A time-frame for delivery of a composition (and requirements)
• A quote for the proposed work

This project will be dependent on funding, but we hope to continue with it in 2015, with a view to a performance of the work with several children’s choirs and the production of a CD.