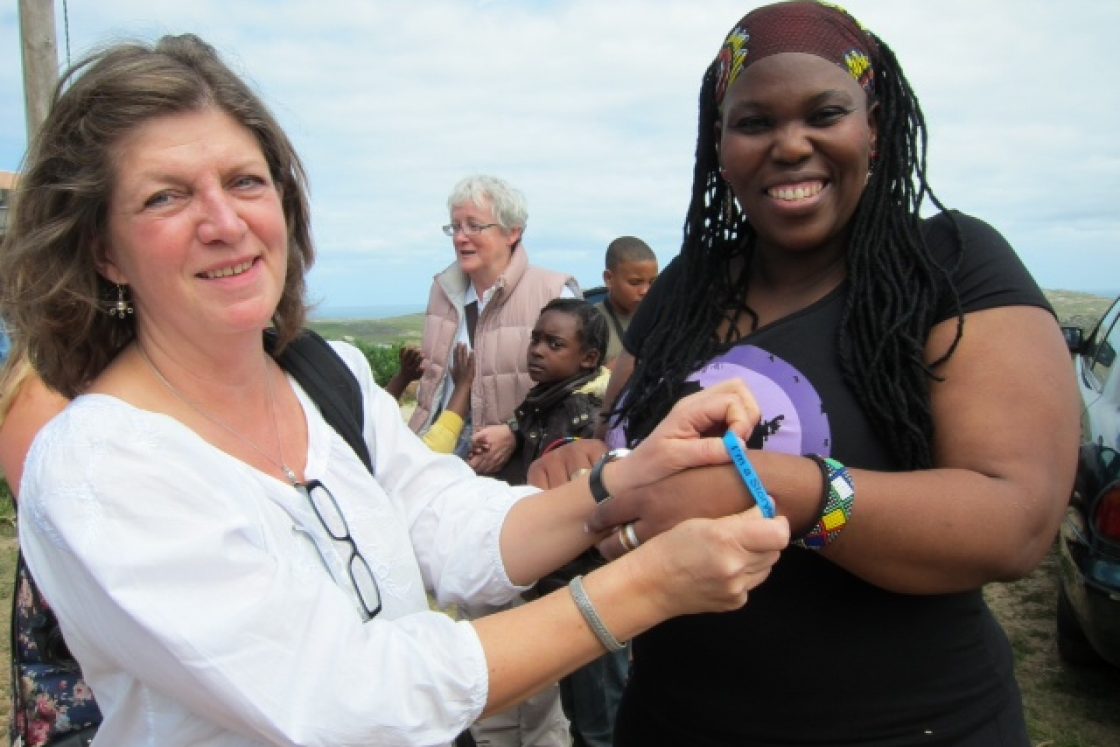 A retelling of a story from southern Nigeria

In the very old days, everybody lived in the same village. Everybody, that was, except Moon and Sun. They had to live in the sky so that the rest could see what was going on. But everyone else – rain, wind, rainbows; ice – they lived in the village with the people. They all got along very well – except that nobody wanted to live next to Thunder and Lightning.

Thunder was an old mother sheep and she was very grumpy. She was always complaining. ‘These children of today,’ she would say, ‘they don’t know how to behave!’ While she walked around, she would talk to herself in a low grumbling voice. It was very annoying.

Her own child, Lightning, was a good example of what she complained about. He was a speedy young lamb, fat and loud. He was always rushing about. One minute he would be here. Next minute he would be there. In between he was spinning through the sky. It gave a person a headache.

‘Whizzzzzzz! Lightning would fly about the village laughing and shouting. ‘Fizzzzzzzz!’ he would come flying back again. The old mother sheep would follow, grumbling. ‘Young people of today,’ she would say. ‘Don’t know how to behave.’

At last the people in the village had had enough. They got together in one big group and marched down to the king’s office.

‘You just have to do something about Thunder and Lightning!’ they said. ‘They are driving us mad! Lightning fizzes and whizzes all the time and gives us all a headache. And that old Thunder is just as bad, grumbling and mumbling and complaining!’

The king thought about that. He had a lot of work to do and the people were wasting his time. He also had a headache. Just then Lightning came whizzz-bang past his office window in a flash of light.

‘Right!’ the king said. He wrote on a piece of paper and stamped it with his big stamp. ‘This paper says that Thunder and Lightning must go and live in the sky and not bother us down here!’ Then he went back to his work.

Thunder was not very happy to go. She went off mumbling and grumbling as usual. Lightning was excited. He flew and he fizzed, he flashed and he whizzed until at last they came to the sky and made a new home.

It is still going quite well up there. Usually Lightning stays more or less quiet and Thunder only grumbles a bit. But every so often, Lightning gets away from his old mother and plays in the sky, whizzzzing and fizzzzzing. If you look, you will see him when the sky is black.

And if you listen, you will hear his old mother still grumbling and mumbling, far away.