May workshop with Red Hill children 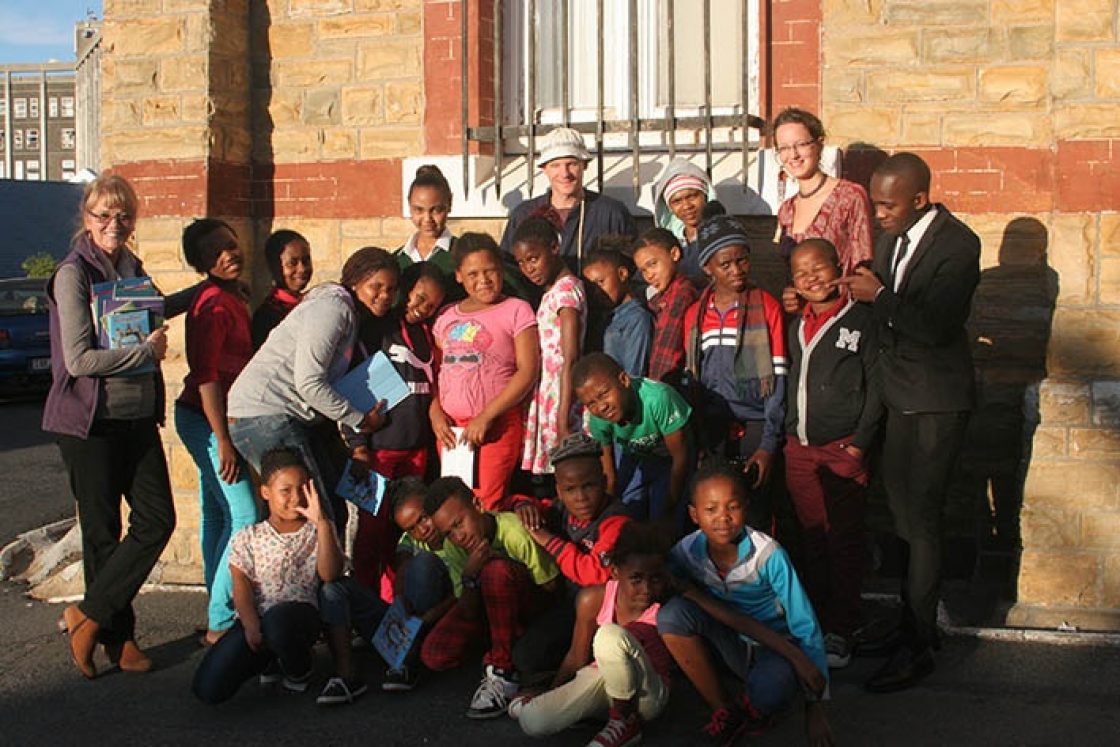 Almost every book and text we have worked with in the last two years has been African. This time we decided to show the participants how books can help them fly – like the Snow Goose in Paul Gallico’s 1941 novella.

This workshop was different in many ways. We were introducing the iPad project to children, taking them out of Africa and into the cold world of the Arctic tundra and the English winter – challenging them to read and listen.

In spite of a workshop-long power cut that affected the whole of Simon’s Town and knocked out our visual and musical presentations, we broke new ground – and learned a lot in the process.

Twenty children arrived by minibus taxi at Simon’s Town Library just after two-thirty on a Friday afternoon for a lunchtime snack of sandwiches and juice before settling down as a group to listen to the abridged version of the story. In spite of a certain amount of Friday-feeling, they quickly concentrated and really listened. The Snow Goose is an odd exception to the rules of story. It is a fable set in wartime Britain, old fashioned in many ways – yet it sticks in peoples’ minds. Adults remember it from childhood and children warm to it and remember it too. It is about love and bravery and strength.

Anele Mhlahlo followed the reading of the story with his storytelling violin, teaching the children about listening with their whole minds and hearts, about concentrating.

Croc E (who is well known now to these children from Red Hill) followed with work on beautiful words and reminded them that in life they should, ‘skip, jump, dance, doodle.’

We then divided the children into four groups of five children each. With six facilitators (and Neil Rusch and Rose Bundock, as visiting photographers to record the event) we hoped that there would be a high enough ratio of adults to children to make the quite difficult programme work. The iPads were pre-loaded with texts and exercises. Every group had cards outlining exercises around the story. We used the iPads to show the pictures of snow geese and of maps showing their migratory routes. There was a quiet buzz. It seemed like no time before the bus was back to collect the children two hours later. They went home with an apple and a book.

Several things stand out about this workshop. Firstly the ability of children who don’t read for pleasure to relate to a story from outside their immediate experience. (Never underestimate children.) Secondly their instant empathy with the technology (which some of us, on a sliding scale related to age!) had struggled with.

We still have a lot to learn about the interface between reading and technology. Books are what it is all about, but it was a fascinating glimpse into what could be possible – and into another world where snow geese fly thousands of kilometres across freezing sea and humans bond across barriers they thought were insurmountable. And children break boundaries – through books.

This workshop was made possible by an anonymous donation that covered transport, catering and professional fees. CBN is very grateful.
Digicape have already lent us two iPads under their schools programme and loaned us two more for this workshop. Our thanks to them.
Simon’s Town Library generously hosted us in their hall and we thank them for their support
Two Oceans Transport brought the children safely from Red Hill and returned them afterwards
The iBook of the workshop (and another one in Clanwilliam on the same theme) will be on this website soon.

The abridged version of the Snow Goose that we used can be found under: https://www.childrensbook.co.za/news/2014/05/28/snow-goose-theme-book-clanwilliam-and-red-hill
Details of exercises we worked through with the children are under CBN Themes
https://www.childrensbook.co.za/news/2014/05/28/snow-goose-theme

Photographs of snow geese were from National Geographic website