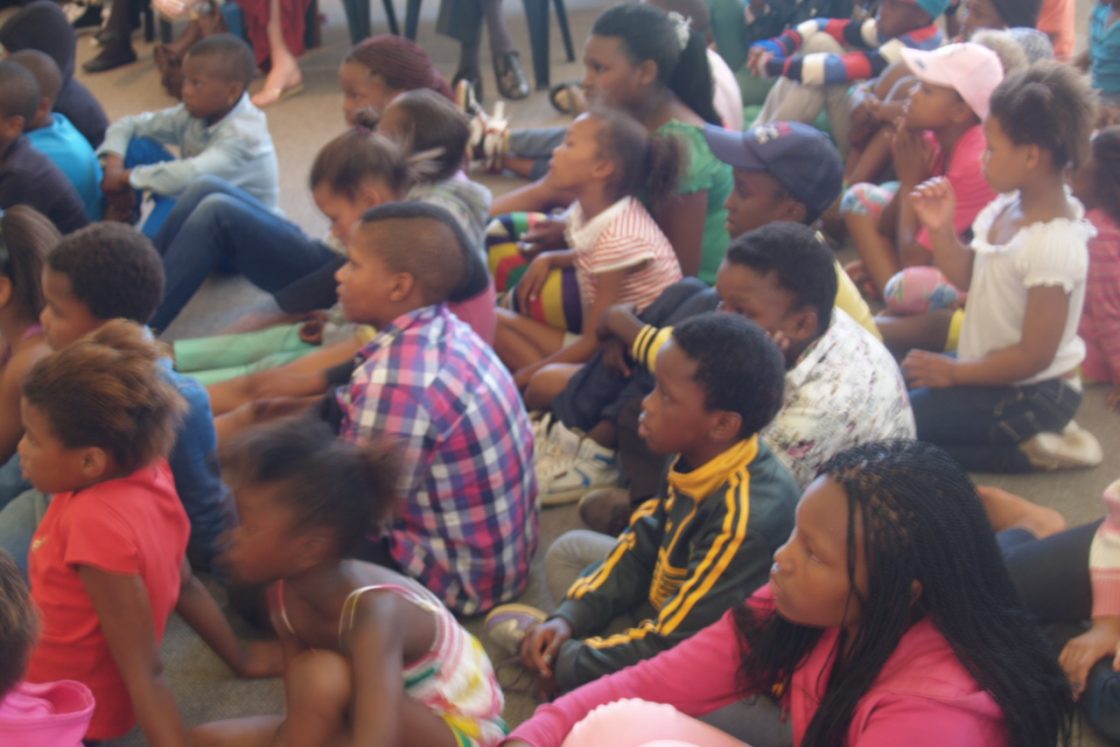 The tenth of December 2013: None of us will ever forget the announcement last week that our beloved Madiba had left us during the night.

There are different kinds of love, adulation, respect, and admiration but none as powerful as the love of children. Children loved Madiba with unshakeable strength that had nothing to with power and everything to do with their hearts.

CBN had already planned a story festival for 10th December. The date wasn’t entirely random. Our friend and colleague, violinist Anele Mhllahlo flew back from giving a master class in Johannesburg the previous day to be with us. Nobody expected then that it would be the day we would remember as the State Funeral of Nelson Mandela.

The structure of the afternoon was already in place, so we added a short tribute to Madiba before we began. Short, because these were children between ten and twelve years old, who had already been experiencing the national grief through radio and television since the announcement.

But everything changed.  Madiba Magic was in the air. Rainbow dust glittered over the heads of the children. A team of young musicians, who had mostly never met each other before, pulled together as though they had rehearsed for weeks.

Croc E moses, our special CBN poet who works with us often, agreed to read words written by Eastern Cape children five years ago called ‘What would I miss?’ The words were about freedom. They imagined Madiba as a boy herding cattle on the same green hills they walk on today. They thought about what it would be like if they were taken away from their home and put away in prison, behind bars. What would they miss?

Anele suggested that he play softly while croc E and Lesley Beake read the story alternately, promising to step in and take over if either of us had to stop for a moment. The result was beautiful.  Some children’s eyes filled with tears. They listened and they thought.

Immediately following that, our friends, children from Chris Hani High in Khayelitsha stepped forward and sang a joyful song of remembrance and love for Madiba.

Our favourite drummer, Basse, arrived at that point with his fellow drummer Ishmael, having struggled through crowds and heavy traffic around memorial events in Cape Town. They strode to the front and drummed in storyteller Marlene Winberg who brought the focus back to story with the tale of the girl who didn’t ask permission from the water snake.

Singers associated with the University of Cape Town choir then sang most beautifully and involved the children very actively in the African rain song. Then the Khayelitsha children energized the rafters of the building with song and dance. The drums from Khayelitsha and Senegal spoke to each other throughout and Anele, whose violin is an extension of his fingers, played with spontaneously with both stories and drumming.

Croc E closed the programme with his Praise Song for Amahle, written for a twelve-year old friend of his diagnosed as HIV positive in KZN. The children stood up as he chanted:

Dancing and chanting, seventy children moved into a circle around the drummers and the Khayelitsha group.

The drums reached crescendo as the children formed a ring and encouraged each other to dance alone in its shelter, clapping and drumming and joyful, remembering and celebrating.

Madiba has not gone. He will always live in the hearts of children, dancing.

Photograhs: The children of Red Hill informal settlemet, Tuesday 10th December 2013, thinking and listening in rememberance of their beloved Madiba.Other Pictures Robert Rothe and Marlene Winberg. Additional photographs will be added as they come in. There will also be some short film-clips through Youtube soon.

Thanks should go to the many, many people who gave time and thought to this event and to Simon’s Town library who kindly hosted us. Funding for general expenses, including bringing the children by bus from Red Hill,was made available by Rotary Cape of Good Hope.

Every child went home with an illustrated English dictionary donated by DG Murray Trust and the Rotary Foundation. Additional dictionaries were donated to libraries in the southern Cape.

Jay Heale stepped forward when the children arrived nearly an hour early and read stories to them, engaging their attention until the other performers arrived.

Marlene Winberg, of the World Children’s Prize brought the Khayelitsha childen to participate.

Patricia Manzana registered the Red Hill children for the event and coordinated the team of marshals during the transporting of the children.

Friends worked together and supported each other. Everybody called on strength they didn’t know they had. In a time of great personal emotion and sadness, they danced for Madiba.We all can.