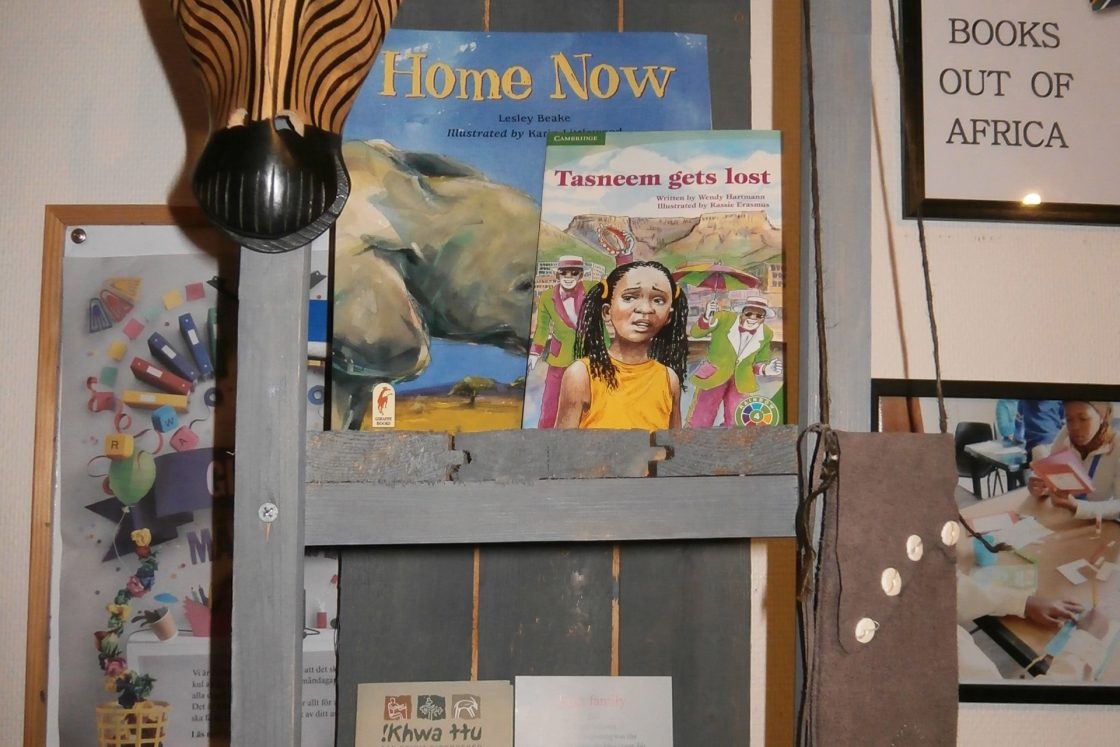 Books of Africa – Jay Heale writes on some statistics from America, and thoughtfully examines some from his own experience in South Africa.

Two sets of statistics have emerged from the United States recently. Well, we know what we think of statistics, don’t we!

The US Census Bureau informs us that half of the children in the US under 5 years old belong to a racial or ethnic minority group. In other words, the US is heading towards having whites as a minority – if they all live to voting age.

The Cooperative Children’s Book Center in Wisconsin indicates that of 3,600 recent children’s books only 119 “had significant African or African-American content”. That’s 3.3%. Conclusion: that the non-white American children were not adequately supplied with books that represented them.

For interest, I started out to make a comparison with our South African children’s books. As I do with Bookchat, the Wisconsin Book Center defines as a “children’s book” anything specifically published for children from birth through to age 18. Their definition of “significant African content” is equally wide, though they also have sub-sections indicating Asian Pacific, American Indian and Latinos. They estimate about 5,000 children’s titles published every year in the US, of which they received (in 2012) 3,600.

Bookchat received 58 books in 2012. All those were in English: double it to include Afrikaans, add on a few that I never heard of. Total South African children’s books published in 2012: perhaps 120. That’s a lot less than 5,000!

For the purpose of this short survey, I examined all the books received by Bookchat during 2011, 2012 and so far in 2013 (two and a half years): total 139. I then concentrated on books that portray or include human beings. Books like My First Book of Southern African Ocean Life and the animal folktale The Name of the Tree is Bojabi certainly have “significant African content”, but I’m more interested in how we portray the people of South Africa.

So I gave myself three columns: predominantly white characters / a natural mix of ethnic backgrounds / predominantly black characters (in the US use of that word meaning ‘non-white’, an expression I hate). I looked at the stories, the names of the characters, and the illustrations.

The percentage is worked out on the total of 139 books received in the two and a half year period.
Amongst those 139 titles, there would seem to be 23 by black authors.

Which seems to indicate that (in our English-language books anyway) we are including African children or people in over 60% of our youth literature.

Opinions expressed by guest writers are their own. The image used with this article is of an exibition of South African books donated by CBN to children in Sweden.