The noble sport of … reading 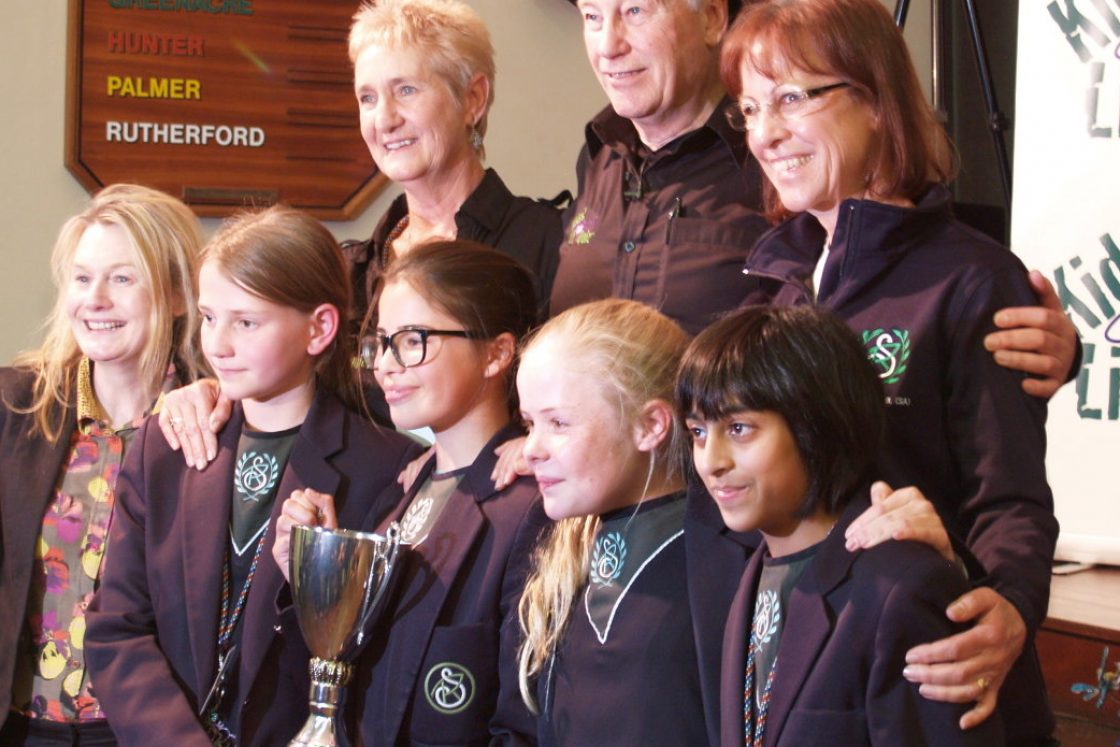 In front of a packed audience in the Centenary Hall of Durban Girls’ College, six teams of readers, battled out the world finals of a spectacular, inspiring and downright exciting event. It was a close run thing. Who were the winners? All of us there. If our children – our future – are reading, we can all lean back a little and allow ourselves a small moment of happiness.

The quiz is beautifully orchestrated by Wayne Mills (see below) and the tension for the children occasionally relieved with questions and book prizes for the adults in the audience. It is a tested formula that works. The breadth, and above all the depth of the children’s knowledge was deeply impressive. The tension towards the end built up to the extent that nobody noticed how long it took to get through 100 complex questions.

Competition to get up there on that stage is tough. In South Africa, 116 schools competed for the honour. Worldwide over 1 000 children were involved, to say nothing of teams of teachers, coaches, librarian and parents. It is an incredible effort around children’s literature and reading. Marj Brown and her team, who organized the event in South Africa, can be really proud of themselves – as can Times Media Group and other sponsors who made the event in Durban possible.

For the record, South Africa’s Roedean School were the winners by a point. The point of the exercise was demonstrated when the TV crew and the press were doing the interviews, recording the moment, making this an occasion to remember for the four girls in the Roedean team and their supporters. Quietly, in a corner, the brave Australian team, who came last, were busy; reading their prize books.

About the quiz (supplied by KLQ)

The Kids’ Lit Quiz tests the literary knowledge of learners aged 10 to 13-years (Grades 5, 6 and 7) on various themes included in English children’s literature. The teams, consisting of four learners per school, are required to answer 100 questions on topics which are unknown prior to the contest. More than 1000 children from England, Ireland, Scotland, Wales, Australia, New Zealand and Canada participate in regional and national heats in their countries, in order to compete and be named Kids Lit Quiz World Champions.

Quiz-master, Wayne Mills, senior lecturer in Children’s Literature at the University of Auckland, New Zealand, conceived the quiz format and sets the questions. He has been highly commended for his contributions to building literacy in New Zealand and was awarded the Margaret Mahy Medal for services to children’s literature (2008) and became a Member of the New Zealand Order of Merit (2011).
For more information go to: http://www.kidslitquiz.com/