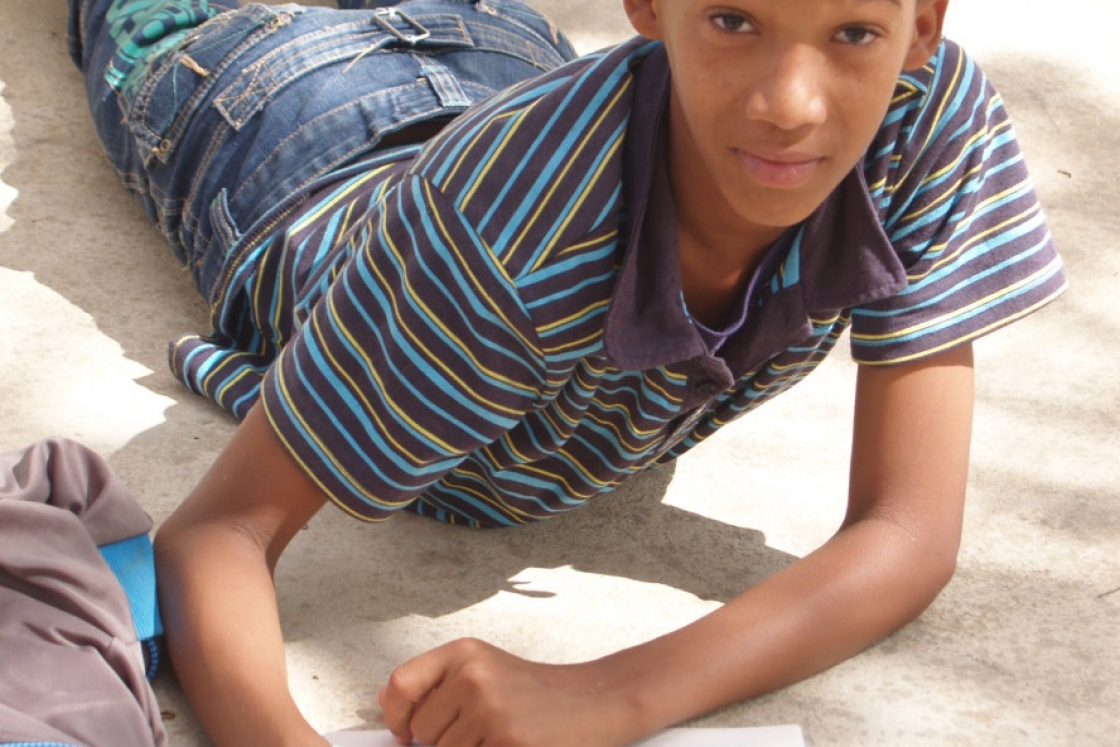 Under towering clouds and a sky of Cederberg blue, members of University of Cape Town Choir and children of Clanwilliam joined hands in story.

Looking back, it seems that this workshop was meant to happen. Arranged around a visit by members of UCT Choir under their conductor, John Woodland, the time and the place were just perfect.

CBN invited renowned Spanish storytellers Helena Cuesta and Jose de Prada to tell the stories of the San people who once lived in these mountains. The stories come from a little further north of Clanwilliam and are recorded in the archive of the Bleek and Lloyd collection – significantly also at UCT.

The link to books and contemporary stories came through a recently published picture book by Lesley Beake, who told the story to the children and explained the connection. In the Bleek and Lloyd story:

‘The first /Xam man, !Khwe //na ssho !kui, was the first one who went and spotted the lion’s children. He lifted up his arms to the first little lion. He held it in his arms and brought it to his house. He put it down.

His wife asked him, ‘What little dog is that? It looks different …’

In the modern version two boys tell the story of Little Lion.

The choir, led by Emily Hallinan during the workshop (she also acted as page-turner for the reading!), entered into the spirit of things by teaching the children how to make the sound track for a rain song by tapping their fingers on the palms of their hands, stamping on trestle-table tops with their feet to make thunder and imitating the sounds of the veld after rain. It was absolute magic.

The relevant CD of the UCT Choir is called Afloat and was recorded in 2012. The San songs include: We who are stars and I am the Day Star, both by Peter Klazow. The rain song is called Sounds of Africa, is by the same composer.

The Bleek and Lloyd archive contains stories collected by Lucy Lloyd and Wilhelm Bleek from !Xam informants from the Northern Cape in the late 19th Century.

Little Lion was published in 2011 by Frances Lincoln in London. Illustrations are by Erica Pal, text by Lesley Beake.

This workshop was held as part of an ongoing cooperation between CBN and Clanwilliam Living Landscape Project (CLLP) that is also a associated with University of Cape Town.